The end of a journey 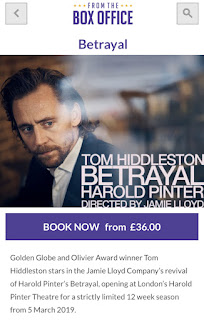 The first step of this journey, disturbing the wisdom of Lao Tzu, I made on December 17, 2018, when I have a quick search on my mobile, this online ticket site has appeared.

Have you ever heard the expression 'Be careful what you wish for, because it could happen'?

Yes, that's about my life.
Call it Karma or Mylord Destiny, like me, fact is everything I want ardently finds a way to materialize.
Mid 2018, when my seduction into Loki bordered on pathological, involving the actor Tom Hiddleston who is his voice, face and heart, I said to my friends: If in addition to the Con's in America, Hiddleston did something in Europe, maybe in the theater in London, since it's his house, I swear I'd go!

Tom Hiddleston. In theatre. At London. From March to June 2019. I can't predict the future, I swear!

Simply Mylord Destiny (called sometimes 'Daddy' by yours truly, but the reason I'll explain it to you another time) has a sense of humor all his own!

I'm genetically programmed to be a woman of my word and I keep every promise, even those promises to myself. I never miss my target although I self-sabotage (this happens often because my self-esteem isn't exist, indeed I judge myself, without delving too far, less than mediocre... unworthy) and every dream/desire means 'project'  for me.
I make them one after another.

I will not describe online ticket hunting, which started the first day of the pre-sales, made by friends who speak English better than me.

I'm disabled, so before buying tickets we should have know if the theatre was accessible.
It is, but only one wheelchair a day can be accessed at certain point to see the play.

Days and weeks spent to contact the theatre at each of its e-mail or telephone number (added fee of course) to give them the required specificifications of my wheelchair, necessary to give us the OK and finally we have bought the ticket.
Responses?
None.
Never.

Meanwhile tickets were sold-out... all (even tickets suitable for people in wheelchairs, if they are not there, can be sold to anyone).

One after another my friends surrendered to the evidence of the facts... but not me!
I know very well Mylord Destiny and he wouldn't show me an opportunity if it wasn't feasible, somehow.
He wanted me to surrender to him: the highly controlling person I was, and I try not to be anymore, she had been defeated.

You should know that my lucky number is 17, because I'm 200% strange. When something good happens to my there is often 17 on the calendar.

I had abandoned research for more than a week, yet on December 17th in the first website I had visited I found... the tickets!

I told it to my friend and I raised hell!
The invasion of Normandy was like to go out for pizza in comparison with they covert actions. In fact my friends wanted to buy the tickets and give its to me as a Christmas present, obviously without a word, convinced me to buy flight tickets Italy-London and hotel stay trusting their (to explain my trust issues I need an encyclopedia in 20 volumes!).

At the end they succeeded, but they had to tell me to keep quiet (no, I haven't yet understood the concept of 'make me a surprise'. I makes surprise to others, on the contrary I'm not used, I mess and create chaos!).

On December 26th the brunette women behind the beer, my best friend Maddalena 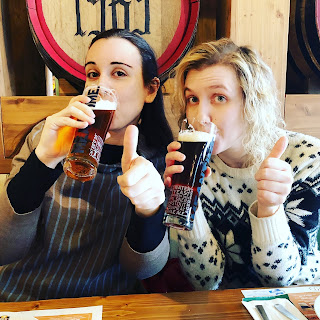 she gave me the gift of all the 'conspirators': 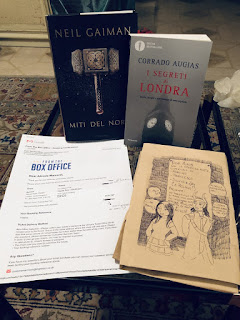 I already told you, Mylord Destiny has a special sense of humor: I receveid the gift on December 26th, I used it on April 26th, exactly four months later!

Do you want to know what happened?
A picture's worth a thousand words, isn't it? 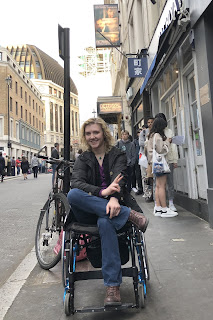 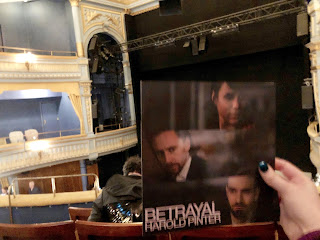 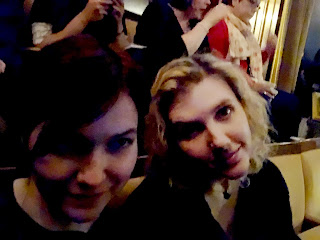 (at my side Elisa, another 'conspirator', who came to London with me as my companion. She pushed my wheelchair for four days to visit the city. It was my first holyday abroad with friend!)

Further randmoness: on the stage Tom, alias Robert, is served by an italian waiter and he eats ham and melon.
I'm obviously italian, and my city, Parma, is homeland of ham!

After the play, beatiful, ironic, and with funny jokes that I understood despite being in English (my writter andd spoken English isn't very good...yet) we left the theater.

I needed help to leave it in wheelchair (theater staff were very kind to me), precious time...
When Elisa and I reached the line of people for the Stage Door it was already very long.

The line of people skirted the building and we were the last!

The lady before ud looks at my wheelchair and telld Elisa: 'You shouldn't stay here, you have priority. Report to the staff that there is a disabled girl for a Stage Door.'

PLEASE NOTE: In UK it's obvious to everyone that those in wheelchairs have priority. Shop, buse, subway, almost everything is for disabled people.
People looks at you, recognize you and offer are happy to help you, before you ask for it.
The same is in many other countries but not in Italy!

Elisa tries, she used to Italy and she was not conviced by good advice.
A few minute later she comes back to a bodyguard, very stern, that orders us to follow him.

We execute, following him in the free corridor to the right of the row of barriers.
We arrived to the head of row, at the perpendiculare barrier when Tom usually stops. 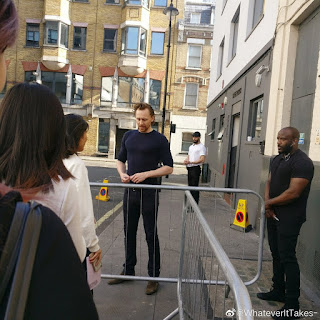 I thought we are arrived, but the bodyguard passed the barriers and Elisa, pushing my wheelchair, continues to follow him.
I'm shocked to see barrier disappear at my back!
We pass the Stage Door and we arrive right next the lamppost that you see behind Tom's shoulder in the picture.
The bodyguard parks us there, ordering us not to move becaus otherwise we would have cluttered the sidewalk. And I stay there, about 8 meters from the people in line at the barriers, with all waiting for a stolen shot on my right, from the oder side of the road.

Elisa is motionless behind me, and I stand in the light of a lamppost, waiting for Tom Hiddleston... Nothing separates me from him, neither barrier, nor other people! 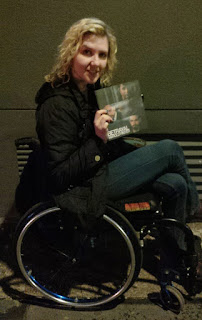 (the picture of that moment)

Realizig that, I think I went to crash for two or three second.
A moment before the Stage Door was closed, I blinked and Tom Hiddleston was in front of me, a few meters away.
In one step he stands behind me and he sign the theater program for me, in the same moment I tell him: 'I came from Italy to see you on stage.'
I remembered to spoke English... Good job!
He answer 'Really?', or something similar, but I'm too embarassed to chat so I give him my phone to take a selfie. 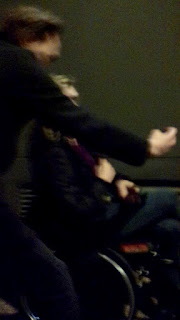 (bad picture, but you understood)

Tom leaned down but he ramained out the frame a little and he didn't like it.
He leaned down further and the result was this: 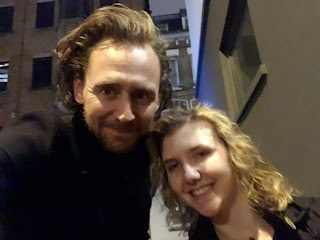 Tom gave me back the phone, while Elisa, who had been silent near us all the time, told him that I had left him a gift at the Stage Door. 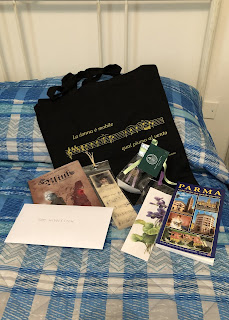 (this is my gift with also 1 kg of really Parmesan cheese, it ins't in pucture)

Elisa continues giving him compliments for the play though she loves him like crack in the wall (she spike English better than me, I was temporally mute, so she spoke for both).
Tom thanks her and he says to both 'Stay Care'
A moment before reaching the barriers he smiles and tells 'Enjoy your weekend!'.

If you find videos about 26th April.  now you know the reason why Tom cames at the barriers to the right and not go out the Stage Door.
I am there.

This is the end of a journey.
Maybe... 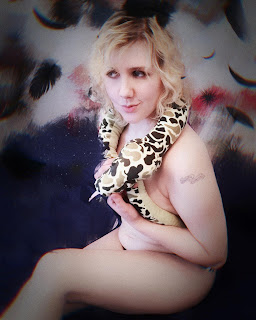 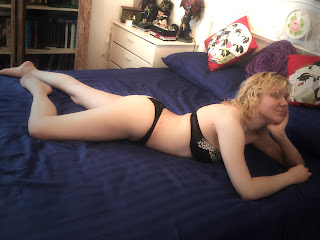 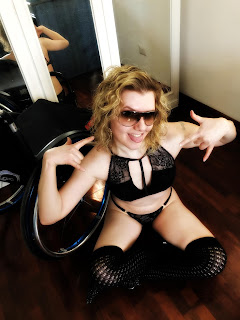